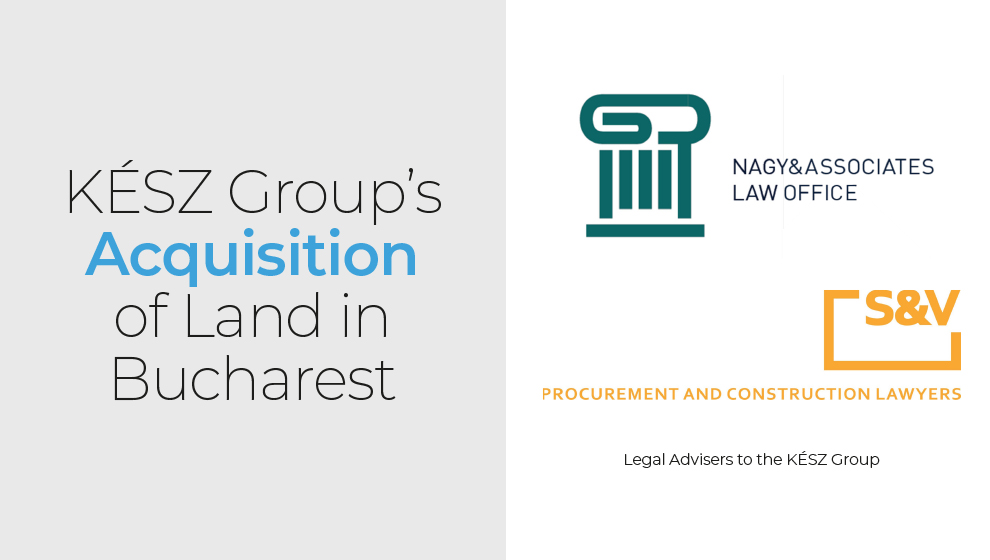 
The finalization of the deal sees KÉSZ Group complete its acquisition of a 16,000 square meter plot of land in Bucharest from Cornel Rosu, founder of Radox.

The KÉSZ Group is one of Hungary’s largest construction companies, which operates throughout Central and Eastern Europe. Notable components of its Romanian residential property portfolio include One Charles de Gaulle, One Herastrau Park, One Mircea Eliade, Prima Residence Oradea and Riviera Luxury Residence Cluj. Radox is a manufacturer of thermal and air conditioning equipment.