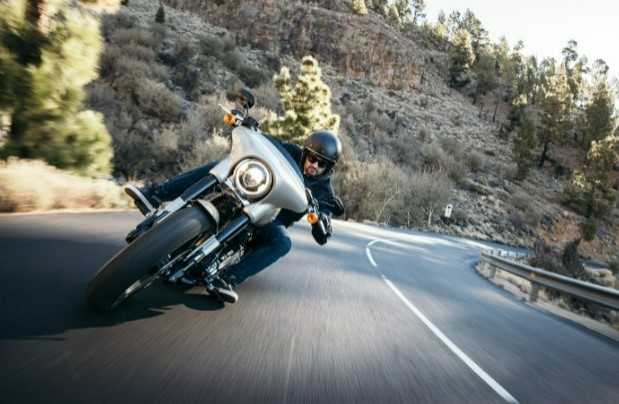 
A lot of drivers don’t like it when motorcyclists overtake traffic. They think that leaving the lane and going in front of other vehicles is unsafe. However, the truth is that not all US states consider the practice illegal. Lane splitting is a safer option for motorcyclists. Giving them the ability to get out of the way of congestion and having to travel at a slower speed than the other traffic. But, is it legal to split lanes in every state? Let’s take a look at motorcycle lane splitting laws. Read on.

Motorcycle Lane Splitting And The Law: Facts You Need To Know

Lane splitting, also called white-lining, nose riding, or lane sharing, is the practice of riding a motorcycle between lanes or lines of stopped or slow-moving cars. It is controversial, and its legality varies from place to place. In the United States, lane splitting is illegal in most states, with a few states allowing it with some exceptions.

Lane splitting has several benefits, chief among them being the decreased likelihood of being rear-ended by a car. It also decreases the amount of time spent stopped in traffic and can be a lifesaver in a traffic jam. However, lane splitting can be dangerous and is not for everyone. It requires skill and experience and even then can be risky. Motorcyclists who choose to lane split should be aware of the risks and be sure to ride defensively.

The Great Debate: Scenarios You Need To Consider

Lane splitting, or riding between lanes of stopped or slowly moving traffic, is a great debate. Some say it’s illegal, while others argue it’s a safer way to ride. So, what’s the real answer?

In some states, like California, Lane splitting is legal, while in others it is not. However, intentionally blocking a motorist is illegal.

Lane Splitting Is Not Illegal

In most states, motorcycle lane splitting in the US is not explicitly illegal. However, that doesn’t mean it’s necessarily legal, either. The best course of action is to check your local laws and use common sense when lane splitting.

Some safety experts argue that lane splitting is safer than riding in a lane of traffic. They say it allows riders to get out of the way of danger, and it can help reduce traffic congestion.

Others say that lane splitting is dangerous and distracting. They argue that it’s hard for drivers to see motorcycles splitting lanes, and it can lead to motorcycle lane splitting accidents. You may see this page for more facts.

It can be difficult for motorists to see motorcycle riders who are lane-splitting. This increases the risk of a collision. Additionally, lane splitting can also be dangerous for riders themselves. When a motorcycle rider lane splits, they are more likely to be hit by a car door or be involved in a multi-vehicle collision.

Given the risks, motorcycle riders need to use caution when lane splitting. If possible, they should avoid lane splitting during heavy traffic periods. Additionally, riders should be sure to always use their turn signals when changing lanes.

Know The Lane Splitting Laws In The US